The initial Filter Plant consisted of four (4) slow sand filters.  Over the years, additions and improvements have been made to the system.  In the mid-fifties, an operator's house was constructed to enable an operator to be onsite 24 hours per day.  In 1962, an addition was built to house Diatomaceous Earth (D.E.) Filters to increase the capacity of the plant.  One set of pressure filters was installed at this time with provisions for two (2) more filters built into the structure.  Another D.E. pressure filter was installed in 1968.  At this time, with four (4) slow sand filters and two (2) D.E. Filters, the capacity was rated at 3.0 million gallons per day.

The original water works in Newark were constructed by a private company about 1888  The Village acquired the system in 1905.  The system consisted of springs northwest of the Village.  Deep wells were constructed and fitted with an air lift system.  By 1918, this system was deemed inadequate and an application was made to the Conservation Commission for approval of the acquisition of a source of supply and construction of a water supply system.  As a result, Newark Lake was created southwest of Phelps.  A water treatment works was constructed adjacent to the lake and a cast iron supply main was laid to the Village of Newark. 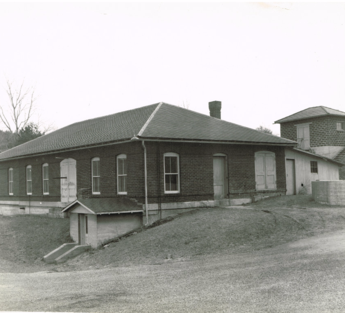 Lacking nearby surface water or underground supplies, the study looked to Ontario, Canandaigua and Seneca Lakes.  The distances from these lakes to Newark are essentially the same and the water quality is similar.  The levels of the lakes became the determining factor.  Ontario and Seneca Lakes are below the overflow level of the Allerton Hill Reservoir meaning supplies from these lakes would need to be pumped.  Canandaigua's elevation of 686 feet above sea level is above this level and could flow by gravity from the lake to the Village reservoir.  Canandaigua Lake has approximately 16.4 square miles in surface area and has a watershed area of about 174 square miles.  The Village is permitted to draw 4.0 million gallons of water per day from the lake.

Location of the Filtration Plant was limited by the hydraulics of the pipeline between Canandaigua Lake and the Village of Newark.  Three sites were considered; south of Route 5 adjacent to Canandaigua Lake, southeast of Shortsville near the Canandaigua Outlet, and on top of a hill adjacent to the Allerton Hill Reservoir in Newark.  After much study, it was decided to locate the facility at the Shortsville site taking advantage of the elevations and the ability to sell finished water along the main transmission line to property owners and municipalities from whom right-of-ways must be obtained.  The Filter Plant, located at 1708 Freshour Road, Shortsville, went on line in December of 1951.

Newark is proud of its water system and is proactively taking steps to maintain and upgrade its facilities.  Recent projects include installation of a 60 hp pump at the Route 96 Pump Station, improvements at the South Hill Standpipe, (new security fence and new vault and building to house a rechlorination system), rebuilding of the D.E. Pressure filters and installing new filter leaf clothes on the D.E. vacuum filter.  We feel these efforts will ensure that the Village of Newark will have a reliable and high quality supply of drinking water to offer Village residents and surrounding communities for years to come. 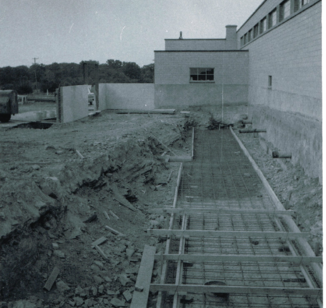 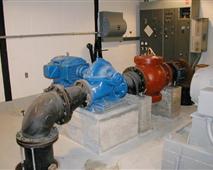 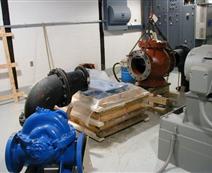 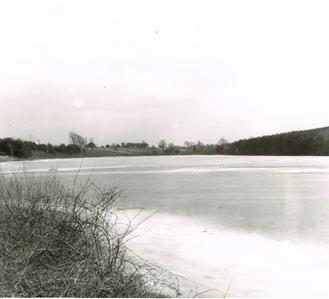 An area in the southern portion of the Village, known as South Hill, and the upper portions of Grace Avenue were plagued by low water pressure.  In 1969, the South Hill Standpipe and a pump station located in Manchester were constructed to increase pressure in this portion of the Village.  The Route 96 Pump Station was built near the intersection of Route 96 and County Road 7.  A water line was constructed from here to Phelps, where it connects to a 14 inch transmission line.  This 14 inch line, which was originally used to carry water from Newark Lake, goes north, into the Village and  into the 1 million gallon South Hill Standpipe.  These improvements to the water system enabled the Village of Newark to supply water to the Village of Clifton Springs, the Town and Village of Phelps, the Thruway Service area, and later, other developments along Route 96.  The Village of Newark is now the sole supplier of water to Clifton Springs, Phelps, Shortsville, and Lyons.

Since the system was built, control of a water system that stretches 20 miles and includes the Water Filter Plant, three (3) pump stations, and two (2) reservoirs, has presented a challenge.  Initially, control was by an operator who lived onsite and was alerted to problems by alarms wired into the operator's house.  Later, leased phone lines were used to connect the remote locations to the Filter Plant for control of pumps and valves.  Through the years, incremental improvements have been made and the system is now controlled using state of the art instrumentation, SCADA, (Supervisory Control and Data Acquisition) programs, and computers.

In 2002, a third Diatomaceous Earth Filter was installed.  Installed by Filter Plant personnel, this filter has increased the capacity of the Filter Plant to 3.4 MGD.  The installation of this filter has also added a margin of safety, allowing us to produce enough water to meet demand when one or more filters are offline for maintenance or cleaning. 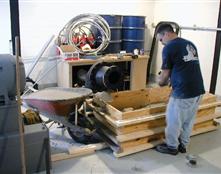 The Allerton Hill Reservoir was also constructed at about this time.  This system was designed to supply a maximum of 1,000,000 gallons per day.  By the mid 1940's, it became apparent that the Village would need to increase their water supply.  In 1947 a study was conducted to determine the amount of water needed for further growth and where to obtain this water.  Consideration was given to many sources including enlargement of the Newark Lake supply, Ganargua Creek, deep wells, Flint Creek and the Canandaigua Outlet.  All of these choices were rejected for various reasons including poor water quality or the need to pump the water into the system.